When you read about a hike being forbidden, banned and guarded by a ticketing officer, you ask yourself why you would even think about going. Other than the amazing views, there's something about the skepticism and rebellion that makes this hike an adventure. Don't let the death-defying nickname "Dead Man's Catwalk" fool you into not going, because the views from the top of Kamehame Ridge are spectacular!

When we left our car, we left it all. The further we trespassed onto the property the more my adrenaline began to rush. First, we came to a gate stating entry would result in a fine and possibly jail time, but this didn't stop us. A second fence covered in barbed wire had us maneuver around the edge of it but we still didn't think twice about turning around. We followed the paved path all the way up until we noticed some painted arrows taking us into bushes and trees just tall enough for us to duck under. We came to a final fence that has been cut and pulled back, creating a hole just big enough for one person to squeeze through. We leaned forward into the next crazy adventure beneath these skies, and as we lifted our heads, graffiti covered walls and buildings greeted us with clever quotes and artwork. 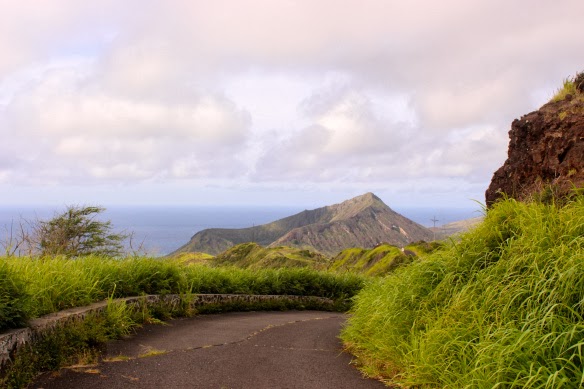 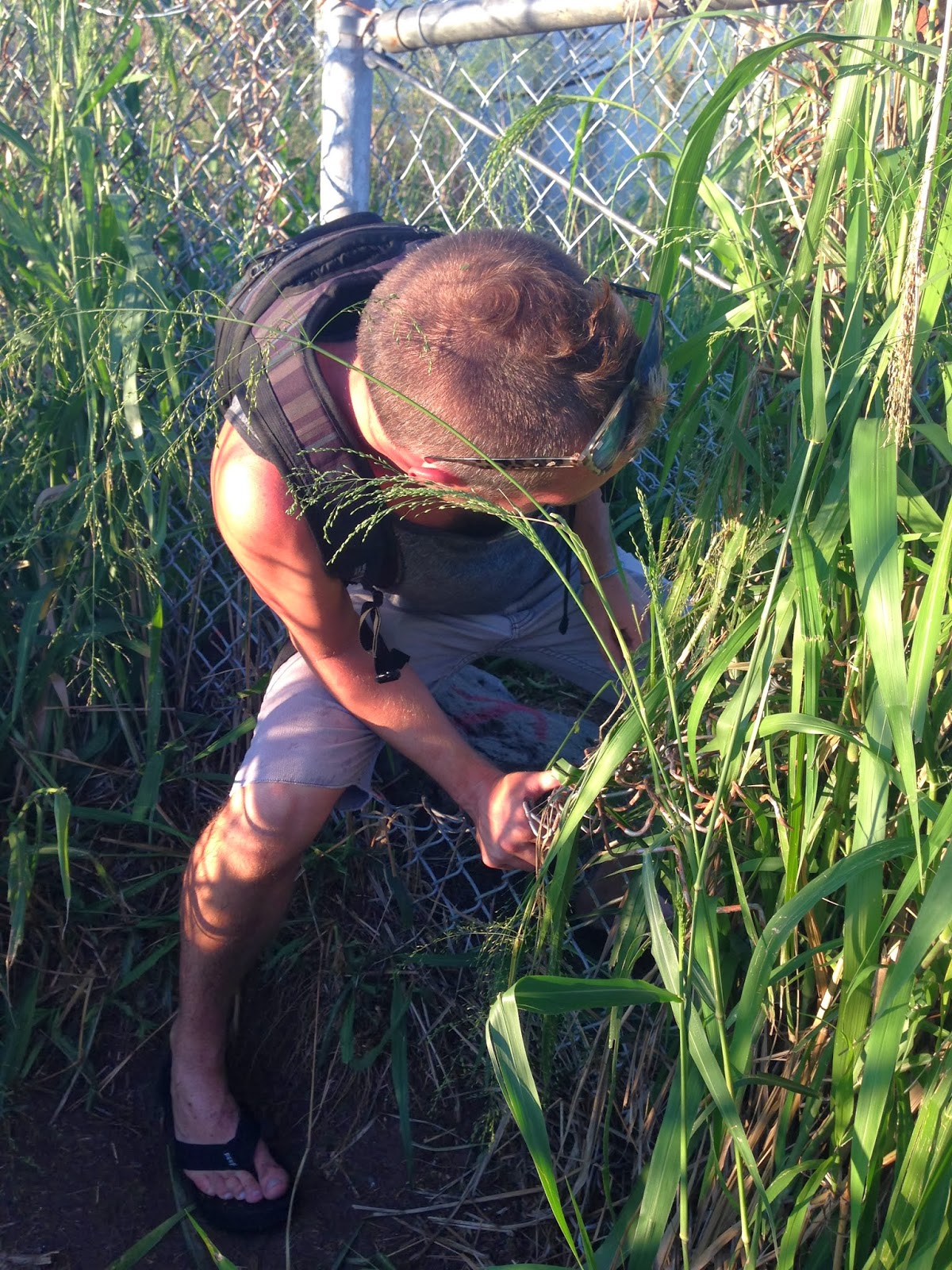 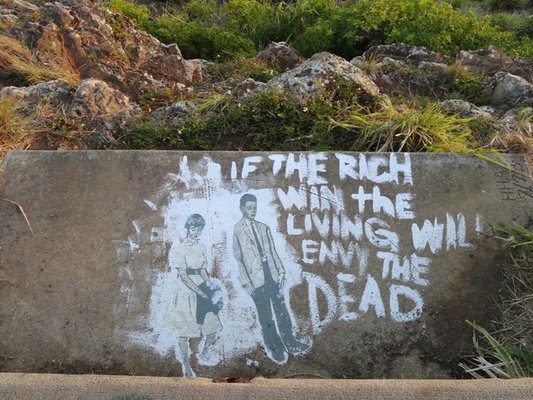 We ascended high enough to the banks of the clouds. Perfect clouds cool with mist and closer to heaven. I could see the whole Earth from up here, blue and white and spinning around in terrifying magnificent space. No people, only hearts, countless hearts beating and the sound of breathing. A bold kind of holiness hung in the air as we leaned our heads over the edge. My hair was spinning around in my ponytail. I stared up to the bright sky where there was no war, how peaceful I thought, why can't every place in the world feel like this. Then I closed my eyes and kicked my legs to the heavens. 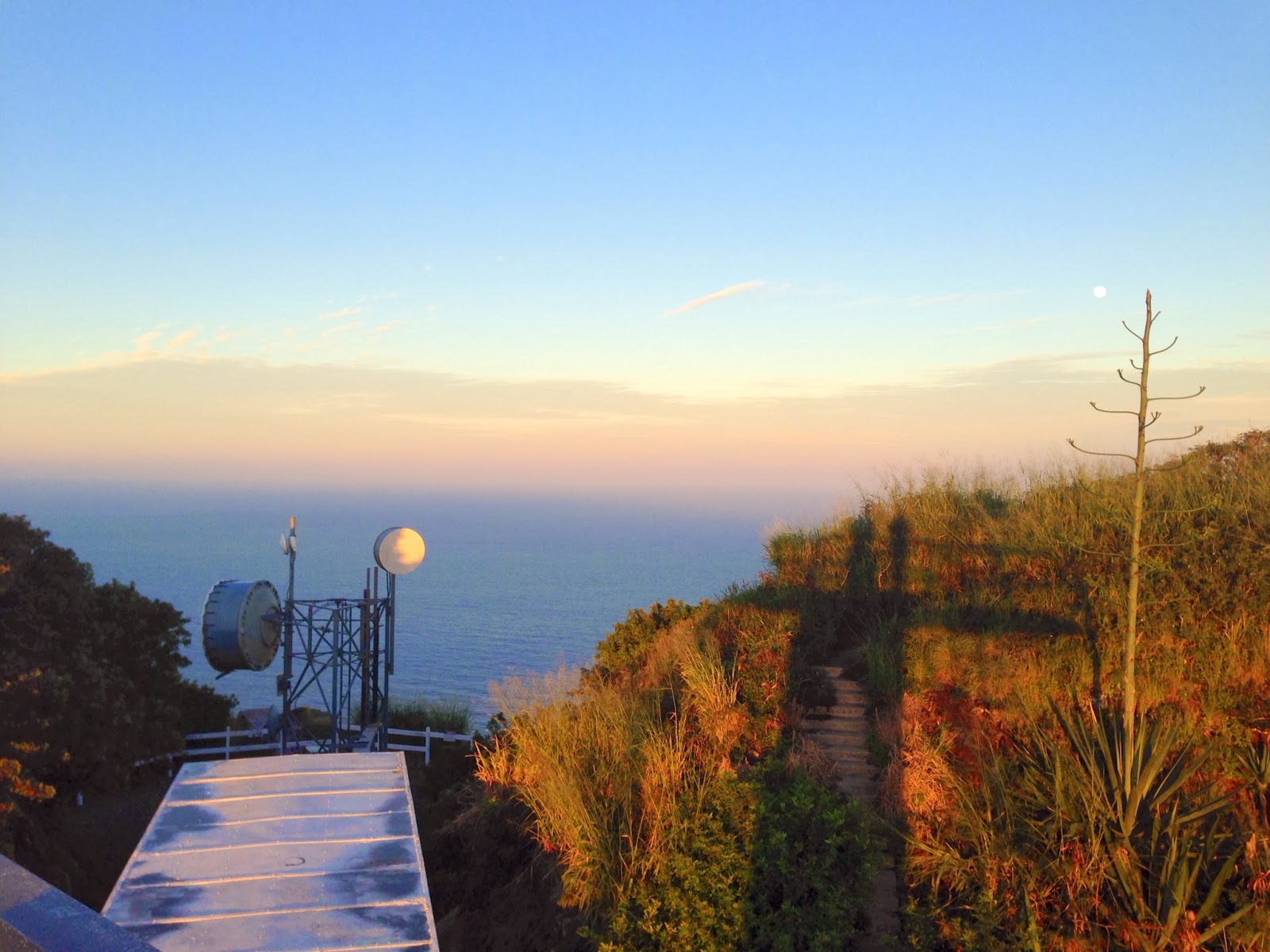 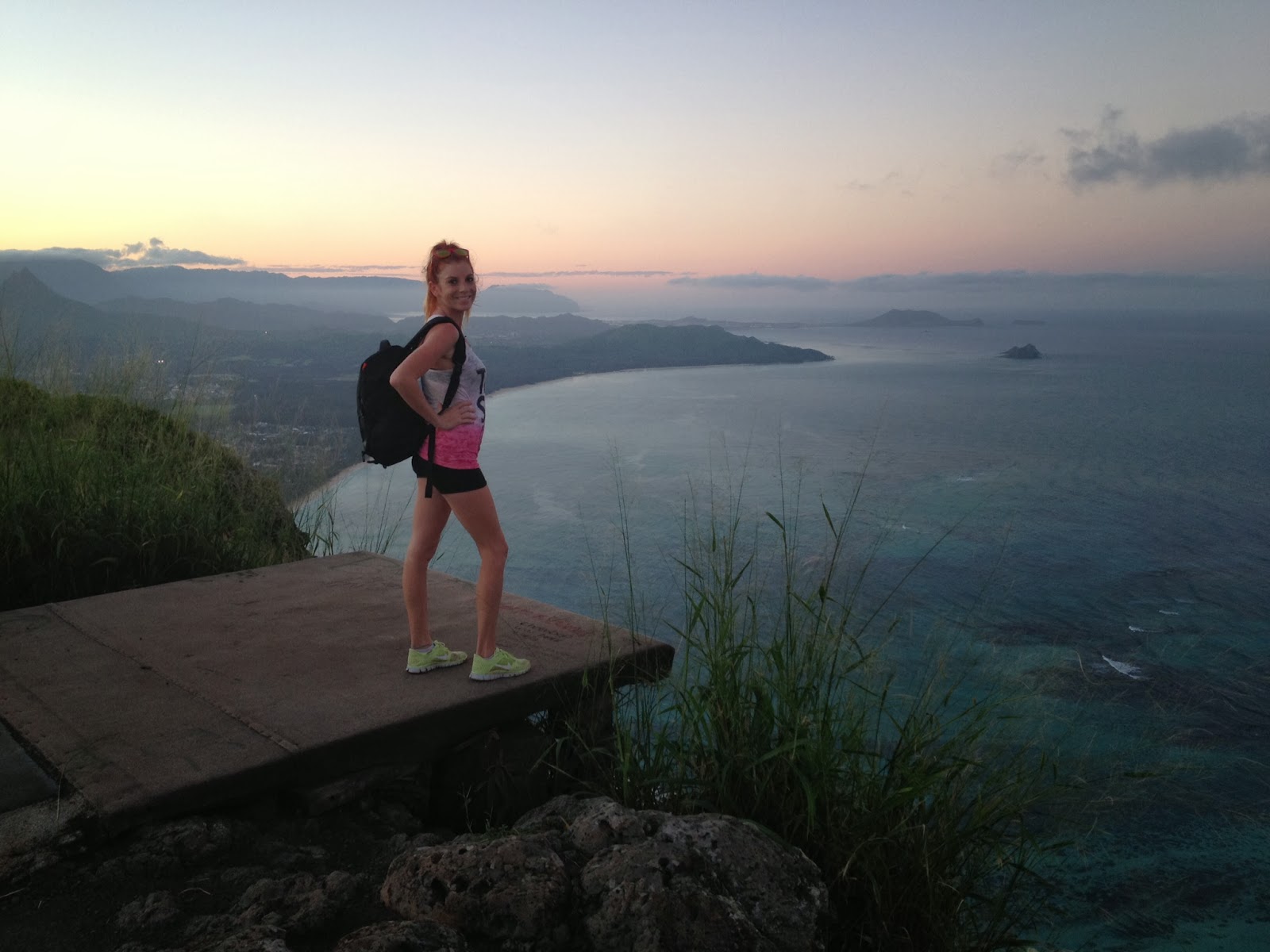 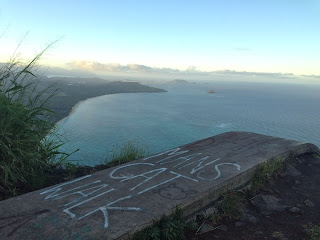 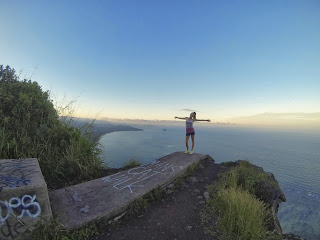 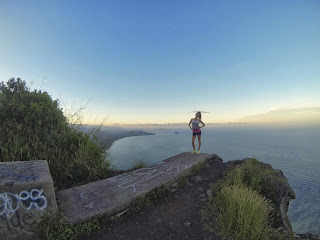 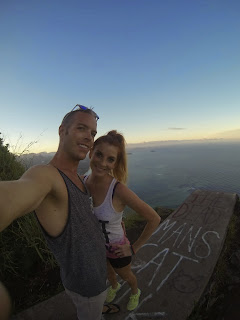 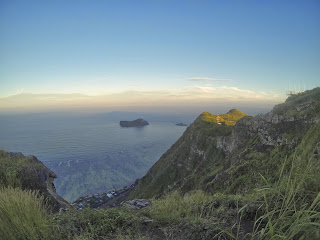 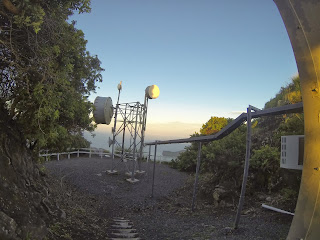 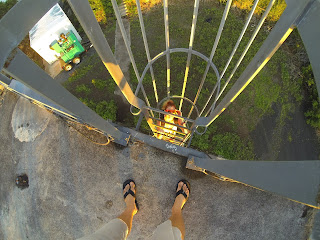 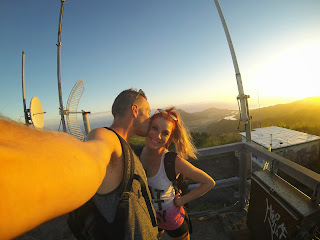 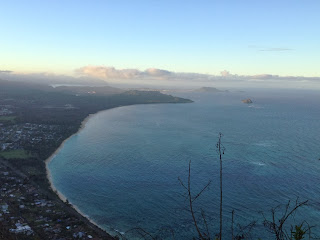 There were no birds, not even a single plane on the horizon, just earth, air, wind and sweet views. I watched as the brilliant sea glittered under the sun. We arrived at the summit just before sunset. We watched the sun vanish into the sea, sending up the last flashes of its fireworks display, almost violet this time, and then at once it was night. 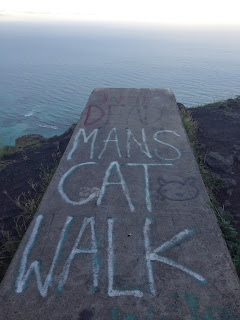 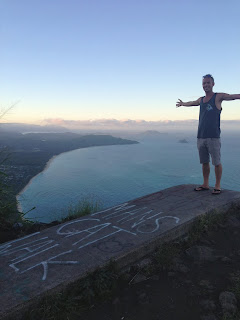 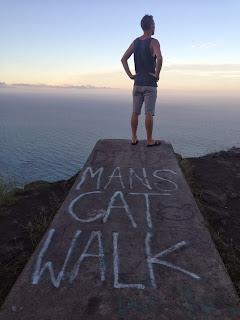 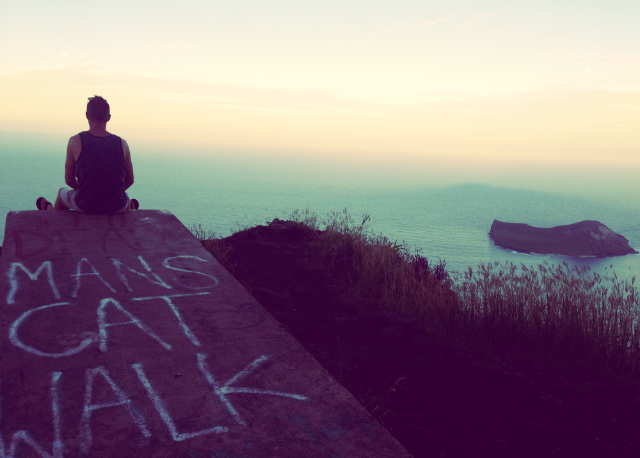 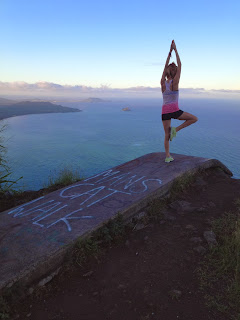 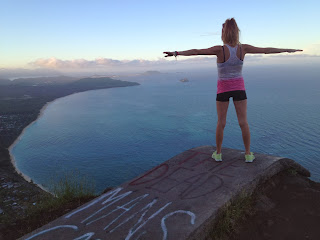 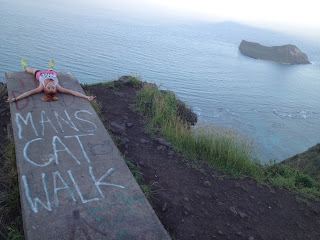 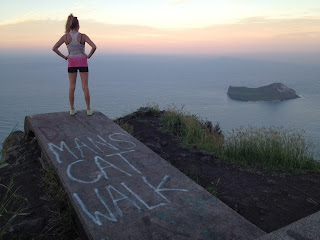 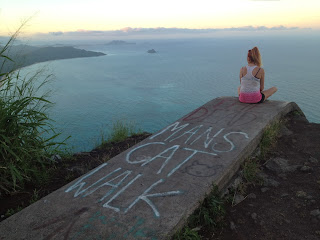 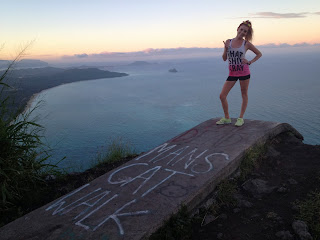 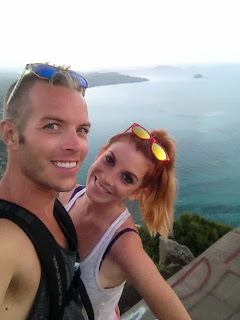 Mad props to the artist who has turned this platform into one of the most picturesque places in all of Hawaii! 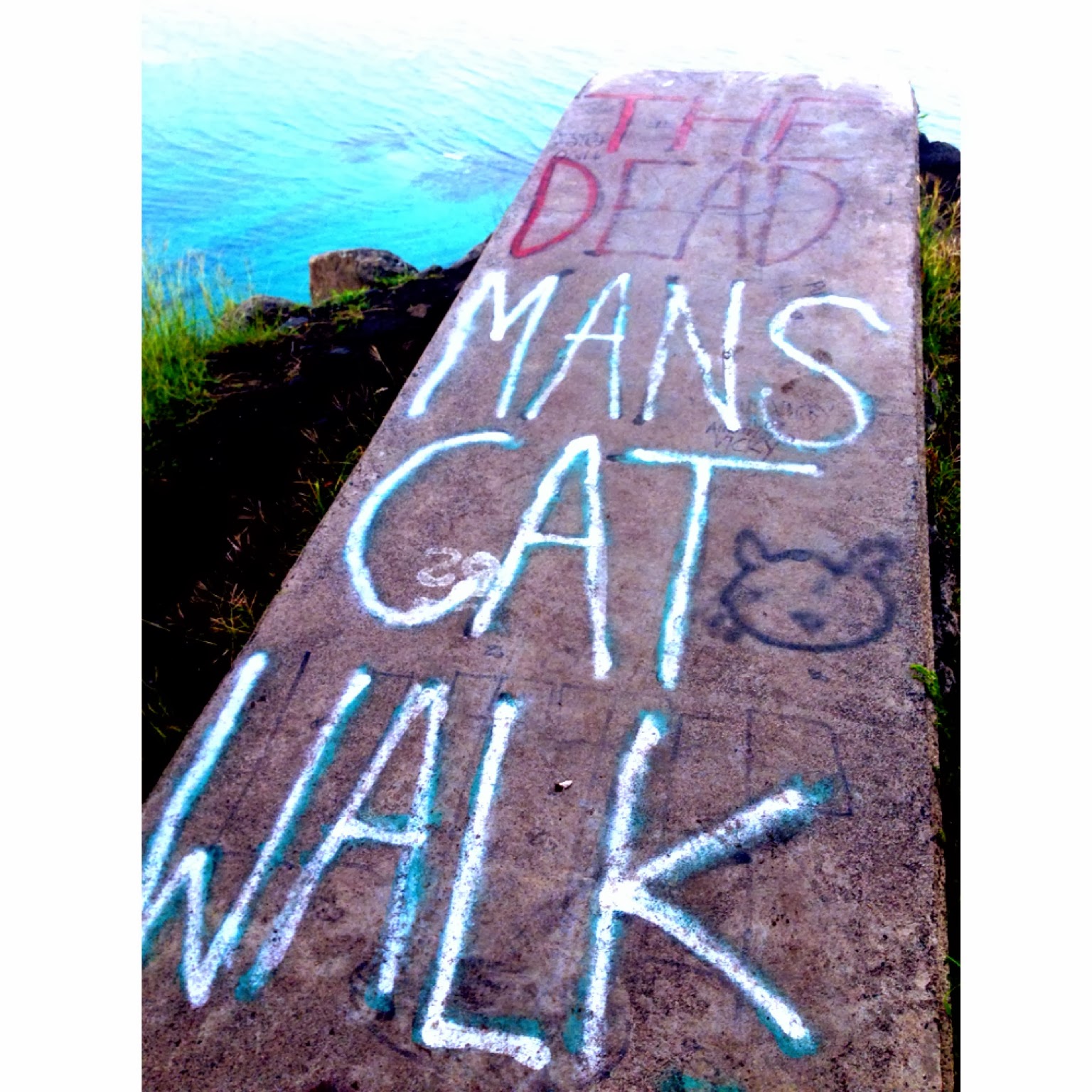