Buy the Ticket, Take the Ride

We spent a little over 4 hours driving across a dusty swath of the American West, from California to Nevada, trawling the feet of the desert mountains. With only a handful of CDs, we filled the gas tank and set out as the sun set. We listened to the same songs more than a dozen times. There's nothing like the sound of bass to accompany a dirt-streaked journey into sin city. It's greedy, weary and pugnacious and the most perfect soundtrack for the drive.

"Every now and then when your life gets complicated and the weasels start closing in, the only cure is to load up on heinous chemicals and then drive like a bastard from Hollywood to Las Vegas... with the music at top volume and at least a pint of ether." 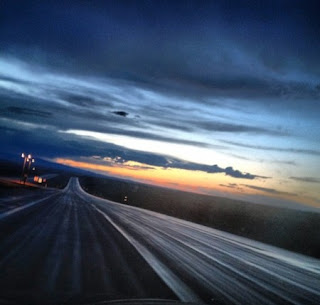 Those vacant miles of road gave me a lot of time to think of all those big, un-spun thoughts that cannibalize each other, unhinging their jaws to swallow their own trails and bring us back to where we started. The album playing was doing just that.

I don't even know where to begin... My best friend missing her flight from San Francisco because she locked her keys in the trunk of her car at 3:00 in the morning, or a day of binge drinking on a boat that led into late night hotel trashing downtown. It's the exact messiness that spills out of this record that draws me in, underneath the timeless country veneer, under the lonely desert skies. Everything is tangled. My body is bruised and bleeding, aching and glowing of summer. From late night revelry to early morning painting, covering the town in red. 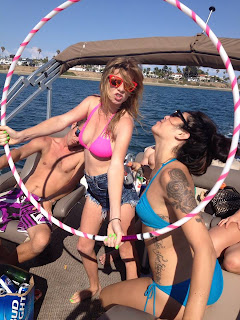 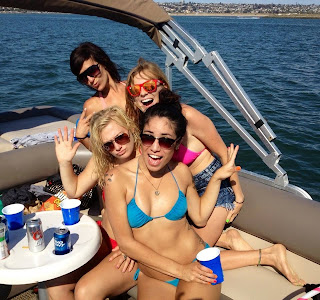 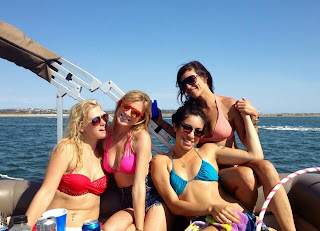 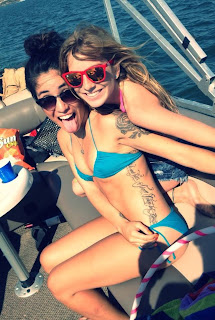 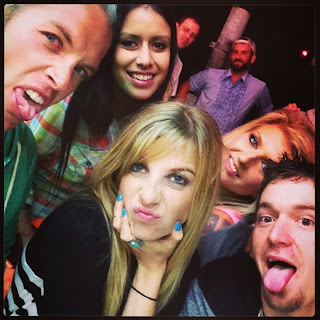 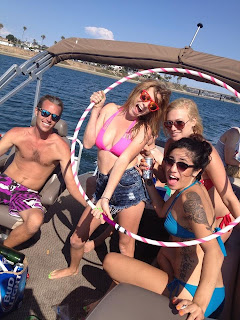 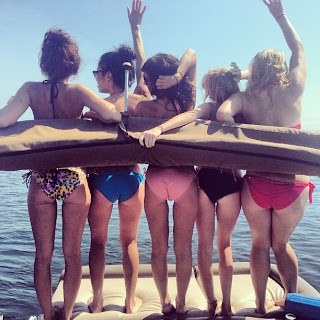 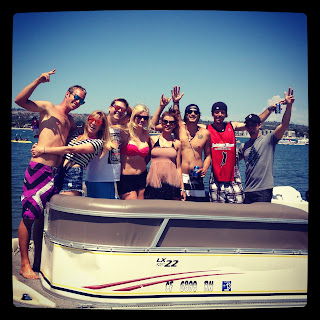 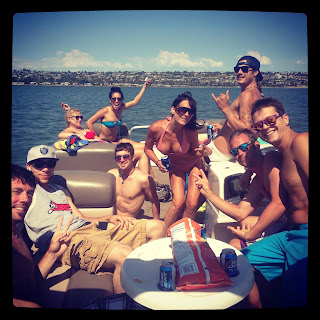 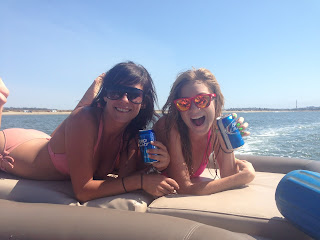 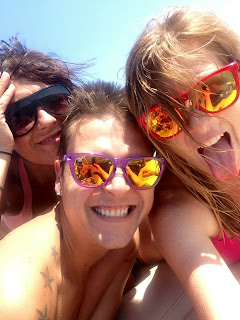 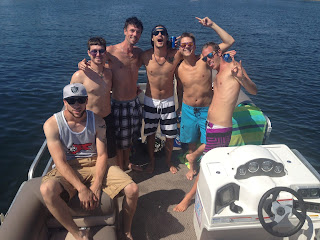 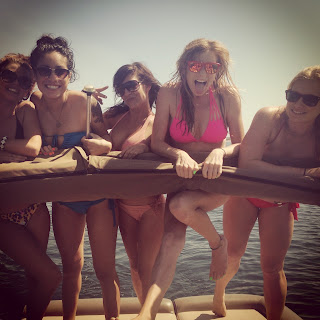 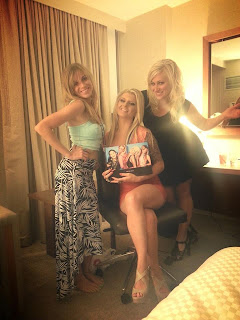 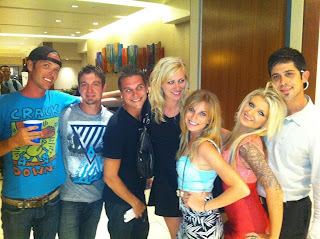 We're all looking forward to getting away, running around in bikinis and board shorts under the heat of Vegas pool parties and surrounding ourselves in the indulgence of the city. Until we check the weather forecast... this birthday bash of a weekend has been hit by a massive glorious summer rainstorm, but a little rain never hurt anybody and it certainly isn't stopping us.

"Maybe it meant something. Maybe not, in the long run, but no explanation, no mix of words or music or memories can touch that sense of knowing that you were there and alive in that corner of time and the world. Whatever it meant." 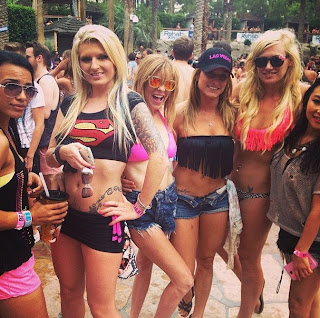 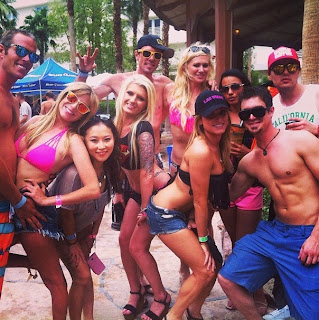 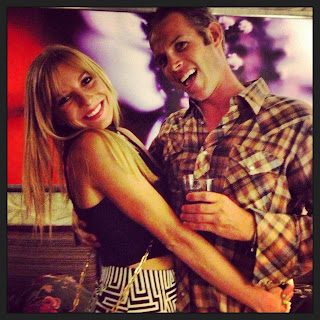 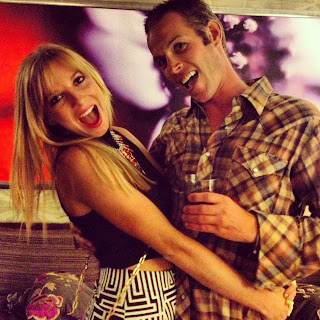 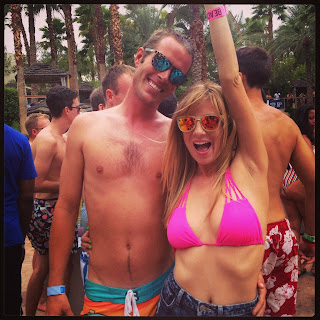 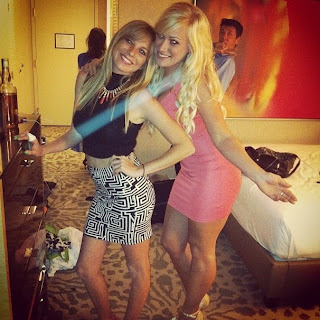 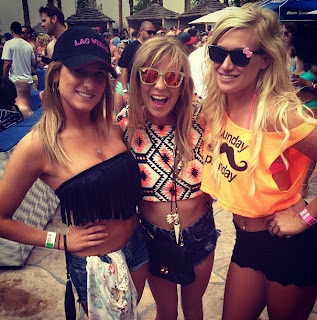 There were so many vulnerable moments of beauty that week, they made me gasp and punched me in the face. The biggest, most sharply tangled memory I have was of all of us together again, laughing dancing, hula hooping, and catching up on old times. I keep replaying the memory in my head like a song that repeats itself, rhythmic and bright.

"But our trip was different. It was a classic affirmation of everything right and true and decent in the national character. It was a gross, physical salute to the fantastic possibilities of life in this country, but only for those with true grit. And we were chock full of that."

Every liquor bottle was emptied, every beer was drinkin', our wallets were slimmed as well as our waistlines, but we still weren't ready to leave. A final hand of blackjack left us just enough cash in our hands to get us back to San Diego. We were all emaciated. 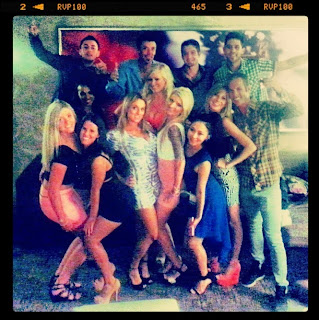 We eventually had to say "till next time," hugs thrown all around, fighting back the tears till we see each other again. It's a golden, gleaming feeling, and of course it ends a beautiful ramshackled mess. But I know we'll do it all over again tomorrow, and next year.

"No sympathy for the devil; keep that in mind. Buy the ticket, take the ride... and if it occasionally gets a little heavier than what you had in mind, well... maybe chalk it off to forced conscious expansion: tune in, freak out, get beaten." 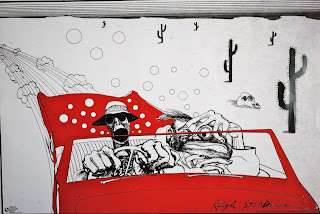